Analysis of BTC, ETH and XRP Another solid week in the market saw Bitcoin bounce from a range low for a bit of a relief rally. Bakkt managed to hit its ATH in terms of 24H volume, and trading seems to be resuming with healthy-ish volume on smaller time frames.

The Bakkt narrative was always bound to play out, but it was also bound to fail given the sheer hype around it. A few days after it released, the pessimism was unreal. I advocated for a theory where Bakkt would thrive in a bear market due to the nature of physically settled contracts. Now that volume is real and more interest is accruing, we could reasonably expect to see great volumes as Bitcoin consolidates and slowly makes its moves.

Another interesting market update is from Litecoin. The halving theory went completely down the gutter, and it is now glaringly obvious that the real hype was the hype about the hype! A 68% drop in hash rate from the yearly high is enough to show us that LTC doesn’t have enough organic demand for a halving to be meaningful. Further, it drove miners out as revenue declined. Expect to see it go back up as the price rockets.

Finally, on overall market structure, we are looking quite healthy at the moment. Some much need consolidation is going on and I think expecting the corrective phase to end soon would not be stretch. Of course, hindsight analysis is easy and calling for the bottom of every move is useless, but this is really unfolding in a way that makes it seems like the corrective wave structure is ending. 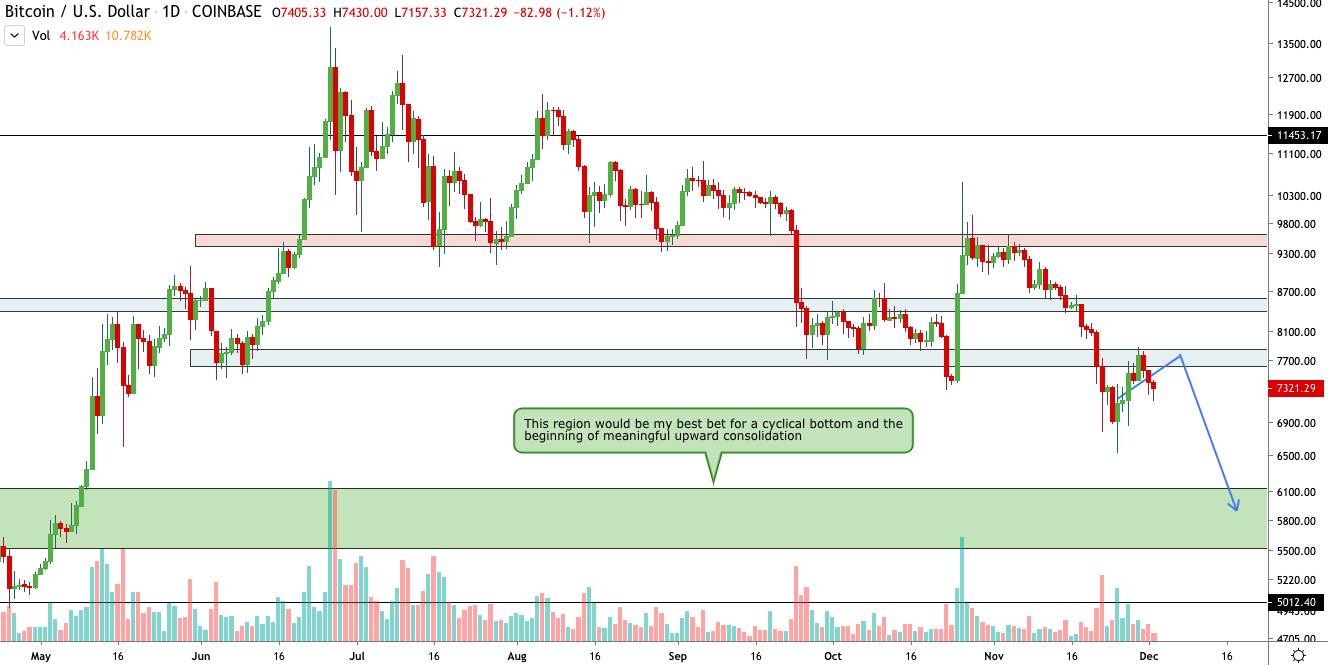 As expected, the relief rally hit the $7850 region pinpoint. From here, I fully expect the consolidation to occur towards a new leg lower, at the very least $5800-6100 before a smaller relief move and a subsequent bottoming out.

Considering the speed at which we have moved in the last week, I think the market will kind of slowdown like it did in November again. We will start to see some strong volatility around the time of CME expiry.

Panic selling is a real threat at these levels. While it is easy for most of us to say “if it goes to $5000, I’m going to buy and HODL” but it is extremely difficult to truly do that. Fear kicks in and we think about that precious capital we are putting on the table. A knock to the mid $4000’s the lowest I can fathom before miners kick in and pump price again.

Bitcoin will be back - soon. 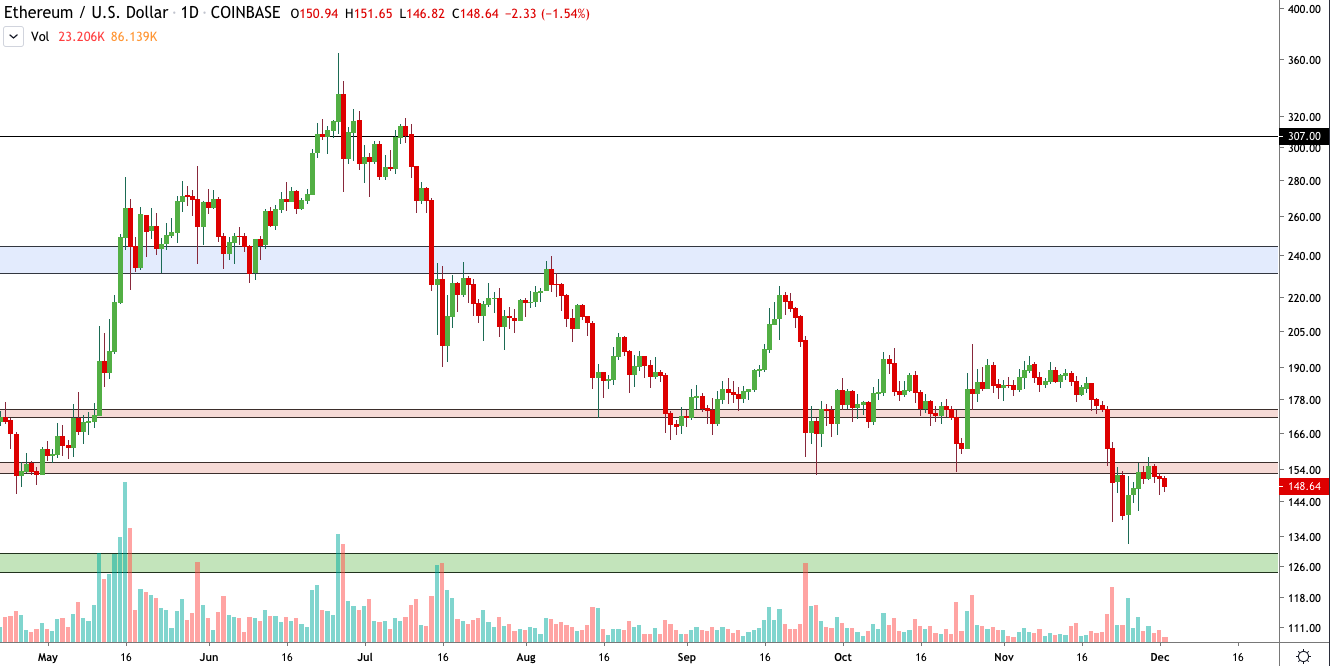 Ethereum: the king of altcoins. Once again, relief rally hit as expected near the $154-155 zone. I wasn’t too sure of what ETH could do given how its been clinging to BTC, so I looked for liquid zones that were the same distance from market price that $7850 was from BTC market price. Turned out pretty well!

Once again, I see much lower scope for a fall in ETH based on pure technicals. But once again, we cannot ignore the hinge to BTC, so the scope for the fall is completely reliant on that.

Until the new cycle begins, most altcoins will follow BTC. Few like MATIC and ONE will do their one thing, but remember - they are the exception, not the norm.

Not much new in XRP to talk about. It hit the target zone with a knife and bounced for some relief. I fully expect the entire target zone to be engulfed, and potentially even bottom out much lower than expected.

Just yesterday, Ripple Inc released a billion tokens from the escrow for their monthly open market dump. Given their reduced dumping in the last few months, I think they will take advantage of market conditions and sell a boatload of tokens.

Beware of excessively packed XRP orderbooks from the sell-side.